The One Thing That Would Make Elections Better For Everyone

Are you sick of the onslaught of negative political ads that air on your TV every election season?

The fear-mongering. The half-truths.

Believe it or not, there’s a simple reform we can enact to make elections more bearable for voters.

It’s called ranked choice voting, or RCV, and it could change our politics for the better.

When you head to the ballot box under ranked choice voting, instead of voting for just one candidate, you have the option to rank candidates in order of preference: first, second, third and so on.

So if you’re stuck between two preferred candidates for a position, you can spread your preferences out in hopes that one of them wins.

Its been around 9 months since the central banks of the world (bar Japan) started to push up interest rates. This reflected a return to the dominant mainstream view that fiscal policy should aim to support monetary policy in its fight against inflation and thus be biased towards surpluses, while central banks manipulated interest rates to deal with any inflationary pressures. The central banks would somehow form a ‘future-looking’ view that inflation was about to spring up and they would push rates up to curb the pressures. The corollary was that full employment would be achieved through price stability because the market would bring the unemployment rate to a level consistent with stable inflation. So full employment became defined in terms of inflation rather than sufficient jobs to meet the desires of the workforce. This is the so-called NAIRU consensus that has dominated the academy and policy makers since the 1970s.

https://kottke.org/quick-links
Created
Thu, 26/01/2023 - 14:52
http://bilbo.economicoutlook.net/blog/?p=51194
Created
Thu, 26/01/2023 - 12:18
Its been around 9 months since the central banks of the world (bar Japan) started to push up interest rates. This reflected a return to the dominant mainstream view that fiscal policy should aim to support monetary policy in its…
https://digbysblog.net/2023/01/25/tucker-and-tricky-dick/
Created
Thu, 26/01/2023 - 12:00
Tucker Carlson has been busily rehabbing (checks notes) …. Richard Nixon these days, saying that he took on the Deep State and they chased him out of office. Seriously. I guess this is what he meant by “taking on the Deep State”. This is the transcript that proved President Richard M. Nixon guilty of obstruction of justice. For more than a year the President had told the American people that he had done nothing to interfere with the FBI investigation of the Watergate break-in. But the release of this transcript by the White House in August 1974 prompted large numbers of congressional Republicans to switch from defending the President to calling on him to step down or face impeachment by the House and conviction by the Senate. Less than a week after the break-in, the FBI would discover that a check in the bank account of one of the Watergate burglars had been written to Nixon’s Midwest finance chairman. It was evidence that the burglars had been paid from Nixon campaign contributions—a potentially explosive revelation. “[T]he FBI is not under control.” H. R. Haldeman White House chief of staff H. R.
https://www.gocomics.com/tomthedancingbug/2023/01/26
Created
Thu, 26/01/2023 - 11:00

A recently identified stage of sleep common to narcoleptics is a fertile source of creativity.

The post Narcoleptic Naps Are a Creative Sweet Spot appeared first on Nautilus.

Extraterrestrial life doesn’t need to be intelligent to be worth finding.

The post New Telescopes Will Help Us SETL appeared first on Nautilus.

https://digbysblog.net/2023/01/25/the-debate-debate/
Created
Thu, 26/01/2023 - 10:30
This should be interesting. Semafor reports that they are in talks to put together the GOP primary debates. It sounds as though they are going to try to ferret out the super extremists and trip up Trump. Hookay…. The RNC wants Republican candidates to be put to the test during primary debates — even if that means having networks that conservatives normally shy away from host the events. The debate committee is meeting to discuss the criteria for the first gathering of the 2024 presidential field on Wednesday. They have a request for proposal out to news outlets, the first of its kind, that’s due back by February 15. “I don’t think we can isolate ourselves to just conservative news media,” Jonathan Barnett, an Arkansas committee member, told Semafor. A Republican familiar with the conversations said the RNC is considering pairing mainstream outlets with conservative outlets as co-moderators, a regular feature of 2016 debates as well, to address member concerns about bias. The RNC’s proposal request includes a section for networks to fill out that dives into whether they’d be open to partnerships.
https://kottke.org/quick-links
Created
Thu, 26/01/2023 - 09:52
https://kottke.org/23/01/the-minimalist-photography-awards-for-2022
Created
Thu, 26/01/2023 - 09:49
https://digbysblog.net/2023/01/25/george-santoss-inspiration/
Created
Thu, 26/01/2023 - 09:00
This is what the MAGA cult worships. And it’s pathetic. He just can’t stop lying: Donald Trump has declared himself a winner … again. Trump announced on his social media platform on Tuesday that he won the Senior Club Championship at Trump International Golf Club in unincorporated West Palm Beach last weekend, despite not playing the first round of the tournament. Members arrived the second day surprised to see Trump with a five-point lead, according to the Daily Mail. But Trump never played the first round as he was attending a funeral in North Carolina of ardent supporter Lynette Hardaway, known by the moniker “Diamond” of the conservative political commentary duo Diamond and Silk. Trump told tournament organizers he played a strong round on the course Thursday, two days before the tournament started, and decided that would count as his Saturday score for the club championship. That score was five points better than any competitor posted during Saturday’s first round. Trump called it a “great honor” to have won “on of the best courses in the Country, in Palm Beach County,” in his post on Truth Social.
https://brucesterling.tumblr.com/post/707454286170308608
Created
Thu, 26/01/2023 - 08:09 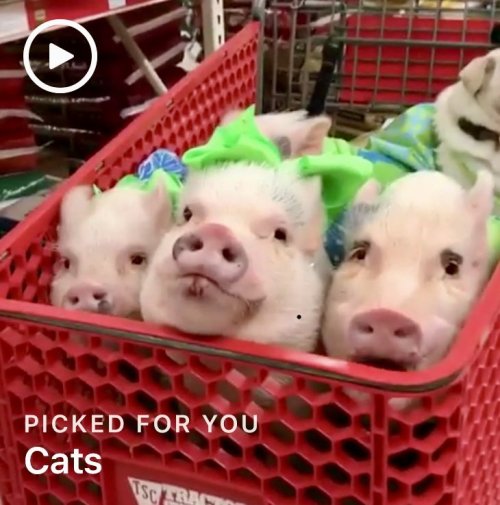 The Moderate PAC, created to go after progressive primary challengers, received all its money from one source: Republican megadonor Jeffrey Yass.

The post Centrist Democratic PAC’s Sole Funder Is a Republican Megadonor appeared first on The Intercept.

Following the Coalition's example, News Corp and Nine have been prioritised over small independent publishers in the Albanese Government's media roundtable initiative. read now...
https://www.levyinstitute.org/publications/?docid=2776
Created
Thu, 26/01/2023 - 07:38
https://digbysblog.net/2023/01/25/mccarthy-earns-four-pinocchios/
Created
Thu, 26/01/2023 - 07:30
“If you got the briefing I got from the FBI, you wouldn’t have [Eric] Swalwell on any committee. … Adam Schiff openly lied to the American public. He told you he had proof. He told you he didn’t know the whistleblower.” — House Speaker Kevin McCarthy (R-Calif.), remarks to reporters, Jan. 12 Glenn Kessler fact checks the charges against Swalwell and Schiff. Guess what? Kevin McCarthy is full of shit: Two years ago, when House Democrats removed Rep. Marjorie Taylor Greene (R-Ga.) from all House committees after she espoused extremist beliefs and approved of violence against prominent Democratic politicians, McCarthy and other Republicans warned that the precedent-shattering move would come back to haunt them. Traditionally, each party had selected its own committee members and meted its own punishment. Late in 2021, the Democratic-controlled House also removed Rep. Paul A. Gosar (R-Ariz.) from all committees after he used official resources to create and post an animated video depicting the killing of Rep. Alexandria Ocasio-Cortez (D-N.Y.) and violence against President Biden. It’s apparently payback time.
https://www.nakedcapitalism.com/2023/01/latest-anti-covid-nasal-spray-vaccine-s…
Created
Thu, 26/01/2023 - 07:25
At long last we understand Covid's mechanism of infection; it remains only to fund the nasal vaccine efforts to leverage our understanding.
RSS feed